Dr. Gal Bason and NAET have been an answer to prayer for our family. Our teenage son has been
dealing with multiple allergies, some of them life-threatening, since days after his birth. My husband
and I suspect the “preventative” intravenous antibiotics forced upon our healthy son (without our
consent) in the hospital are to blame for his severe allergies. Over time, we have learned to deal with
the allergies through strict avoidance from the worst offenders. It was his Lyme Disease symptoms that
brought us to Dr. Bason. Now I understand our son’s allergies are related to his Lyme Disease.

The Lyme Diagnosis was given one year ago. As a Chiropractor, fear gripped me when our son’s blood
test came back positive for Lyme. I knew the misery that Lyme patients endure and the difficulty in
finding a cure. Our son had already endured so much with his allergies and it was extremely
disheartening to think the burden on his young shoulders just grew heavier. I put my trust in God, and
prayed for wisdom in dealing with this difficult condition.

Initially, our chosen treatment was a complicated herbal protocol prescribed by another naturopath,
who is very experienced with Lyme Disease. My husband and I were hopeful the treatment was
working, since our son’s symptoms of multiple severely-inflamed joints had greatly improved. The
frequency, duration, and intensity of the joint inflammation dramatically reduced with the herbal
protocol; however, it never fully went away.

After a few months, I began to dig deeper into Lyme research, but was left with so many questions. I
wondered why some people infected with Lyme exhibit ongoing symptoms, while others don’t. I
wondered why antibiotics were so ineffective for this so-called “infection”. I wondered whether our
son’s allergies were related to his Lyme Disease. Something I learned in chiropractic school, but hadn’t
thought about in years, kept ringing in my head: “The power that made the body heals the body.
Disease occurs when there is interference in the body’s homeostatic mechanisms, those things that
keep the body in balance. Remove the interference and the body will heal itself.” I saw this principle to
be true in patient after patient years earlier when I was still in practice, but I had run out of answers
with our son’s allergies, and now with Lyme Disease. I knew a little about NAET and something kept
telling me to try it, but I kept finding excuses not to.

A couple more months went by and the naturopath recommended we try something else, since the
herbal protocol was not completely clearing the Lyme symptoms. He mentioned there were some
doctors who believed chronic Lyme is not an infection; instead, this emerging group of physicians
hypothesize that chronic Lyme symptoms are an immune reaction to the bacteria that cause Lyme or to
the toxins released by the bacteria. This resonated with me.

I readily agreed with the naturopath that we needed to try a different approach, but the new treatment
would have to wait until we returned from summer vacation at grandparents’ houses. In the meantime,
our son was to continue the naturopath’s herbal protocol. While we were traveling, it was difficult to
maintain the stringent treatment regimen and our son missed several doses over a few weeks. That’s
when his Lyme symptoms came roaring back with a vengeance. The fever, neck pain, and lethargy
returned, along with multiple swollen joints. New symptoms appeared that were even more
concerning: loss of appetite, weight loss, and difficulty sleeping.

The day after we returned home from vacation, I found the NAET website and searched for a local
practitioner. I saw Dr. Bason’s number and reluctantly gave her a call. It was a Friday at 5pm—a
common quitting time for health practitioners. I was sure my call would be answered by office staff
eager to go home or voice mail, but Dr. Bason’s warm, reassuring voice answered and she patiently
listened to my long story. She had an available appointment the following Monday morning and I took
it hesitantly. I’m so glad I did. Exactly twenty-four hours after the second NAET treatment (for Calcium
Mix), our son woke up with his normal sense of humor and energy, even though he had had an
especially rough night. My husband and I were shocked and relieved when our son told us he was
“starving”—we hadn’t heard that in so long. He ate breakfast ravenously, and followed it up with an
enormous portion for lunch just two hours later. That night our son slept well for the first time in
weeks. He did have a mild fever for another night or two, but that disappeared as well. Our son’s
energy level and appetite have remained strong and he has steadily regained all of his weight and a little
more. Within a few weeks after starting treatment, our son’s joint inflammation had reduced but didn’t
completely disappear until Dr. Bason checked and treated him for a reaction to Lyme bacteria. Within a
couple days after that, the joint inflammation was gone. During this entire time, we completely
discontinued the herbal protocol and refrained from using any other treatment for Lyme.

We are still under treatment, but it is so wonderful to see our son enjoying life again, being his fun,
vivacious self. As his mom, I am excited to see what NAET will do for his food allergies. As a
Chiropractor, I am excited about the potential relief for all those who are suffering from chronic
conditions related to undiagnosed allergies. I am thrilled to find such a powerful tool that works with
our Creator’s perfect design, rather than against it.

I can highly recommend NAET and Dr. Gal Bason. She is a model doctor: She has obviously spent much
time honing her knowledge and skills and continues working with other doctors to learn more.
Moreover, she is kind, compassionate, loving, and patient. Dr. Bason is truly a pleasure to work with
and I am so thankful we found her.

Sincerely,
A happy mom in Massachusetts. 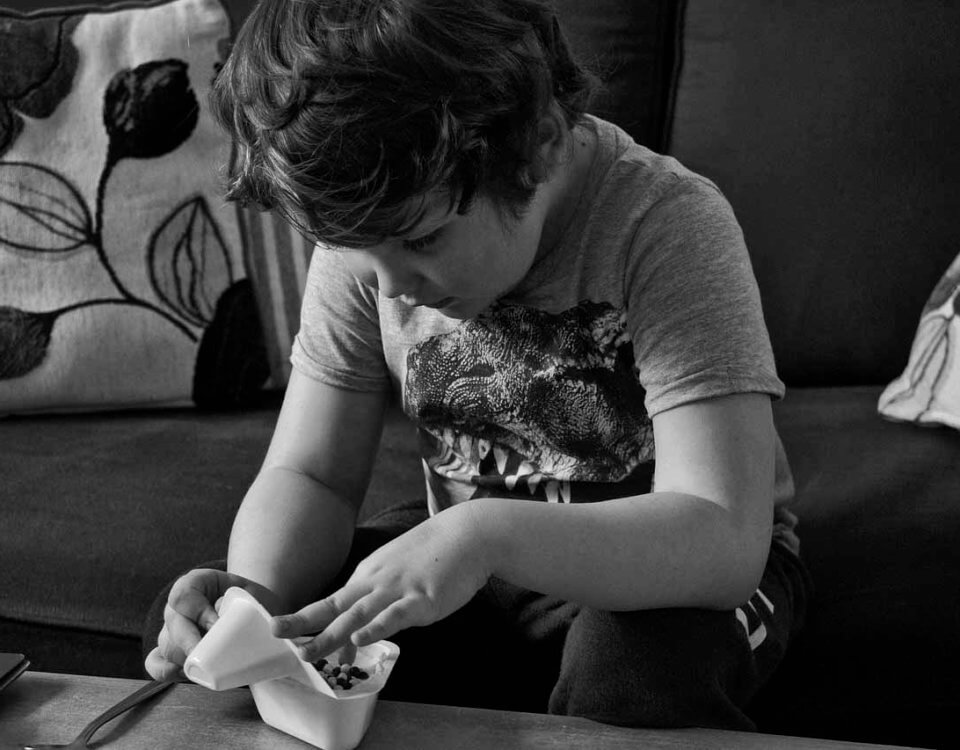